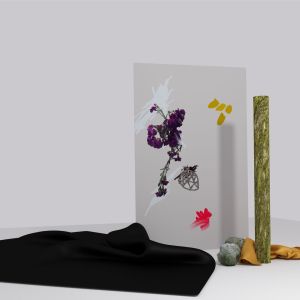 “Cait #2” arrives less than halfway through Heba, the debut album from Danish quintet Lowly. At two minutes and thirty seconds, it operates as an interlude of sorts, a pleasant but functional aside traditionally assigned the role of breaking up a record’s less timorous moments. Now, despite also being one of the most affecting pieces of music you’ll hear all year, the track nonetheless performs as such a set piece here, and provides – for something quite so breathless – a breather. Why? Because Heba is dizzyingly opulent, an embarrassment of riches delivered with the grace and economy of those who know they have plenty in reserve.

They can afford it.