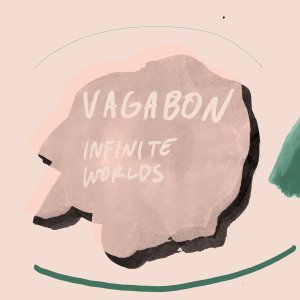 Lætitia Tamko is acutely, painfully aware of the chasm that can stretch between forefinger and thumb. Adolescence is the perfect metaphor for Infinite Worlds: no other stage in life has the power to make the minor details – sexual experience, acceptance from your peers, early career paths – seem like they might actually matter ten years from now.  Of the eight songs that feature on Vagabon’s debut album, several have undergone growing pains of their own. “The Embers” was born a smaller, gentler affair called “Sharks,” while “Fear & Force” grew out of “Vermont II,” a song that now operates as a blushing snapshot of the record at large. “I’ve been hiding in the smallest place,” Tamko sings. She is stepping out.

“Cait #2” arrives less than halfway through Heba, the debut album from Danish quintet Lowly. At two minutes and thirty seconds, it operates as an interlude of sorts, a pleasant but functional aside traditionally assigned the role of breaking up a record’s less timorous moments. Now, despite also being one of the most affecting pieces of music you’ll hear all year, the track nonetheless performs as such a set piece here, and provides – for something quite so breathless – a breather. Why? Because Heba is dizzyingly opulent, an embarrassment of riches delivered with the grace and economy of those who know they have plenty in reserve.

They can afford it.

The Dears always felt like the weird cousin of the ’00s Canadian indie scene, trying to cover the darker elements of every other Montreal band, then paint them blacker still. I had an uneasy relationship with 2003’s No Cities Left back then, most fans’ introduction to the band. “Lost in the Plot” showcased a latent fury, while “22: The Death of All the Romance” felt like a revelation, one of those glorious moments when every element of a band conspires to coalesce, to nail that high note they’d been keening for. Even the title, laying down what would prove to be a lifelong preoccupation with the marriage of death and romance, seemed like a summation of their work. From beneath a patchwork of influences, there arose a singular voice that dared to sound quite unlike anyone else.