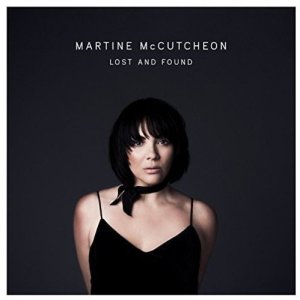 In a thousand years or so, maybe a hundred, none of this will matter. Once the nuclear tides have swept away an ocean of consumer perishables – discounted beyond belief for the greatest everything-must-go sale on earth – the balance between nature and artifice will pivot and arc back in favour of the soil, where the distinction between Olly Murs and Death Grips will be so much shattered plastic. In the meantime, Martine McCutcheon’s got a new album out, so perhaps we should assess that before we get ahead of ourselves. After all, civilisations don’t always get to choose which artefacts signal that they were once here; for all we know, ours could be Lost and Found and a cracked fidget spinner.

Continue reading at God Is In The TV

In the seven years since Everything Everything hatched their jabbering debut Man Alive, a record that seemed destined to be filed alongside Fenech Soler and Ou Est Le Swimming Pool as curios of the period, a lot has changed. Its follow-up Arc put down a marker that they could do more than simply yelp and writhe, binding the band’s more staccato movements into something positively elegant. By the time we reached 2015’s Get to Heaven, the band were unstoppable; like an athlete at the apex of their game, their genius felt effortless, performatively cut through with cute feints and bravado. Returning with fourth album A Fever Dream, how could the Manchester four-piece possibly fail to score? 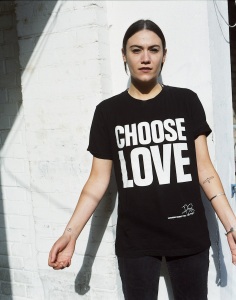 Nadine Shah is texting me from a Wetherspoons. ‘I’m gonna duck out of this shithole and call you in 6mins. That ok?’ Half an hour later, we’re wrapping up with a discussion of their gin palace. (She’s got a double waiting inside.) Somewhere in between, we cover the Syrian refugee crisis, British nationalism, the current Tory government, immigration, gender, and revolution. 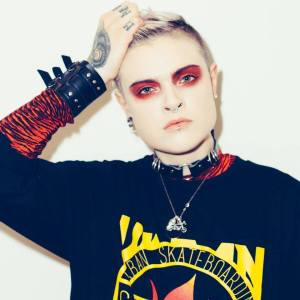 Lord, it’s dark out. Hot, wretched evenings punctuated by the rattling of teeth and the burning of tiki torches. More than ever, the world needs heroes who have learned to navigate the night by nothing but matches and a clear voice. Esther Joy is no stranger to the darkness, but my word, her songs are incandescent.

As our march toward the world’s end builds to a canter, the narratives we wrap around human tragedies both great and small remain the same: resurrection, hope not hate, the phoenix rising from the ashes. After Eagles of Death Metal survived the terrorist attack that interrupted their 2015 Bataclan show in Paris, the appropriate responses began flooding in, spearheaded by (a) a collection of largely ersatz covers of ‘I Love You All The Time’, and (b) the usual well-meaning platitudes about hope and fear. Frontman Jesse Hughes didn’t get the memo. ‘I know people will disagree with me,’ he told The Guardian a few months later, ‘but it just seems like God made men and women, and that night guns made them equal.’ Suddenly, it appeared the protagonists had their own complex moral code, one that didn’t necessarily fit with the scripted liberal response. The phoenix proved as unmanageable as the ashes.

The vocabulary of post-punk is one that shifts, but never bends. Its album reviews – certainly this side of ‘Silent Alarm’ – are littered with the kind of abrasive descriptors that suggest the album may also function as a rudimentary bandsaw: jagged, angular, serrated, combined with a mitre fence for accurate repetitive cuts. Thank heavens for Mammút then, whose fourth album ‘Kinder Versions’ is equally arch at its edges and swollen with unkempt joy in the middle.