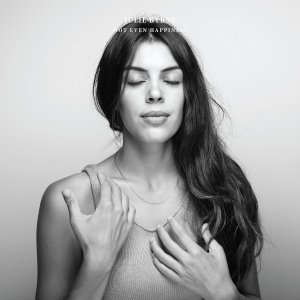 “It was the first warm afternoon of the year. I walked alongside the Atlantic as the Earth came alive for the sun. There was a palpable sense of emergence to everything. I felt it in myself too, and remember thinking I would trade that feeling for nothing… not even happiness.”

This was Julie Byrne’s explanation of her second album’s title, Not Even Happiness, the follow up to 2014’s mostly overlooked Rooms With Walls and Windows. Much of the Brooklyn singer’s charm is laid bare in these few words: a simple lyricism propelled by an exquisite command of vocabulary and syntax; themes married foremost to the natural world; a propensity to convey the inner mind and outer surroundings with a single brushstroke. But most of all, it captures her engagement to the restless world. “I love everything that flows,” Henry Miller said, “everything that has time in it and becoming… all that is fluid, melting, dissolute and dissolvent.” Byrne’s work shares that spirit: she loves everything that is emergent.