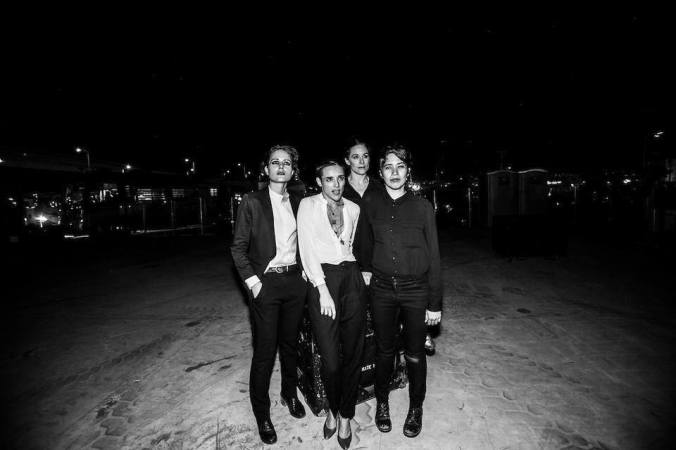 I wasn’t there in 1977. I wasn’t there when punk tore a fresh hole in the stratosphere. I wasn’t there when The Clash landed, or the Sex Pistols. But we’re going back even further than that. True to the postmodern spirit that brought so much of this narrative to the fore, post-punk was always, as Simon Reynolds pointed out, “less of a genre of music than a space of possibility.” That space was never chronological: Television, Talking Heads, Suicide, and several others were creating post-punk music long before punk broke. I wasn’t there either.

When Silence Yourself arrived, I was there. The marriage between post-punk’s avant garde, bass heavy riffs  and punk’s unrelinquished desire for melodic populism hadn’t really been found since Bloc Party‘s debut in 2004 (if we’re being generous), and certainly not perfected since the Manics put out The Holy Bible 10 years prior. There were no manifestos left in rock music, it seemed. No more heroes. Savages had a manifesto. They ran it on the cover of their debut album.

“Shut Up” remains the most exciting piece of guitar music created in the 21st century. Like Tarantino, it didn’t borrow from those existing tropes; it stole. It was Magazine‘s “Because You’re Frightened” frisked and shaken for everything it had, and it was still utterly loveable, because, frankly, no one else had the balls to do it.

Three years on, Savages remain a glorious anachronism. Fay Milton, drummer for the London four-piece, is in ebullient form when I speak to her. The band are notoriously careful about what is (and, more often it seems, what is not) disseminated to journalists; every step of their journey is meticulously planned, with lead singer Jehnny Beth casting a cautious tone across many of the band’s interactions with the press. I ask Fay what she’s been listening to recently: “Um… my last played song was “Nutz On Ya Chin” by Eazy-E.”